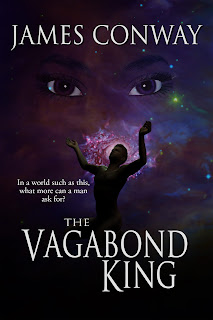 1.Quickly, give us the title and genre of your book and a 30-word or less tagline:


The Vagabond King is a coming of age novel.
When his mother dies and he discovers his father is really not his father, teenage Chris is haunted by thoughts that force him to question his existence and flea home.
2.How did you come up with the title of your book or series?
The title comes from a poem called A Vagabond King by a woman named Rose Gondar. Her husband served as the inspiration for one of the main characters who is a Hungarian immigrant who escaped the Communists in 1956. So it just seemed fitting. However, the title worked better and better as the story gradually unfolded itself.
3.Who is your favorite character from your book and why?