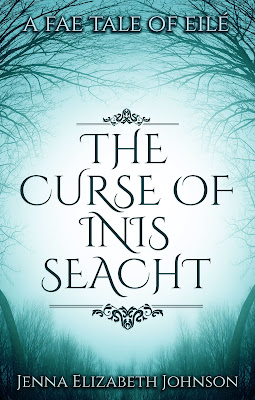 GET A FREE ECOPY OF FAEBORNE FROM INSTAFREEBIE! 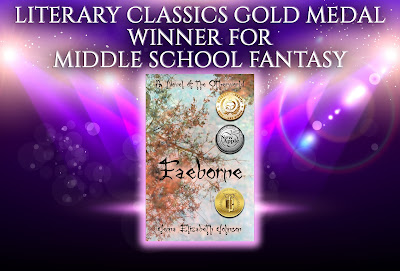 It has been ages since I've posted anything new here (been busy with book projects and my newsletter, among other things).  Anyway, if you follow me on Facebook and/or Twitter, you have heard the news that Faeborne has won a gold medal for Middle School Fantasy from the Literary Classics Awards.  I'm so very proud of this book and how well it's done in various book competitions.  To celebrate, I've set up an Instafreebie giveaway for you to get a FREE ecopy of this Otherworld standalone.  If you've been wanting to read Faeborne and haven't had the chance to get around to it, now's your chance to grab it, free of charge.  But you must act quickly!  This offer ends on SUNDAY, JULY 9th, 2017.  Simply click on the link below and it should take you to the page where you can claim your copy.  As always, thank you so much for your support and readership - I couldn't do this without you guys.  Happy reading!

Posted by AuthorJEJohnson at 10:33 PM 12 comments:

Tell us a bit about your story.

The Sky Hunter is a sci-fi military story that introduces us to Ilana, a human warrior who was raised by the Ociel, a race of dragon people, on their islands in the sky. Her past is a mystery, even to her, and that’s partly because of the Ociel, so she resents them. Ilana is relatively new to being a Sky Hunter, and wears a special suit of armor called the Aether Suit that allows her to keep up with her fellow warriors. She descends to the surface world, which is absolutely foreign to her, with the intent to fulfill this final mission for the Ociel elders, and then go off on her own. This story essentially blends Metroid, Mega Man X, Jurassic Park, dragons, and Little Shop of Horrors together in really fun ways, and Ilana is by far the strongest, most badass character I’ve written to date.

Have you written any other dragon stories?

The first book I ever wrote is called Onyx The Half Hero Dragon. It’s still unreleased, but it’s a story that I’ve always loved. I’ve grown a lot as a writer since I started work on Onyx, which has had a ridiculously long development history, but I have every intention to release Onyx by the end of the year. Onyx The Half Hero Dragon is a coming of age story about a young bionic dragon who grew up on a mythic island, and was raised by a mechanical engineer named Sheila. They set out to explore the island they live on to hunt down components for a powerful new weapon, and quickly find themselves caught up in war. There's much more to the story, obviously, but I'm not about to spoil everything here.

Will there be a sequel to The Sky Hunter?

I would love to write a sequel to The Sky Hunter. Ilana's world is full of possibilities, and even I don't know where she's headed.


Thank you for the guest post, David!  You can find out more about David Jones on his website: http://davidjonesart.com/
Posted by AuthorJEJohnson at 9:00 AM 17 comments: 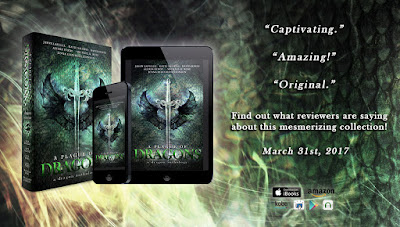 Posted by AuthorJEJohnson at 9:00 AM 8 comments:

Hello Eager Readers!  For the next five days, I'll be sharing a post a day written by one of the authors featured in the PLAGUE OF DRAGONS anthology (Now Available!).  Today's feature author is ALEXIA PURDY!

Do you have a favorite dragon from legend, literature or film?

There are two. One is the dragon from The Neverending Story. I always loved the concept of a “luck” dragon and I think I based Catori around this. Though her life has been kind of rough up until this point, she is a catalyst of sorts for those around her, and I think that as time goes on, this will stand out more. The second dragon I admired was the one from the movie Reign of Fire. It scared me and became truly a post-apocalyptic scenario that could frighten anyone about dragons. I loved the way people dealt with the mythical creature and how they survived its wrath. It made more “real world” to me.

Will there be a sequel to Lucidium?

Yes. Lucidium is part one of the story, and I have plans to continue the series in the near future. I don’t have a title for part 2, but I plan to extend part 1 into a novel-length adventure if possible and then put out book 2 of the series. We’ll see how it goes.

I did make my dragons smaller than the usual sized dragons you see in the movies. Mine was more the size of Falkor in The Neverending Story for the one reason that I don’t believe that a person can truly shift their body into a much larger mass than their body. I didn’t want them the exact same size, but not gigantic like one would think of when thinking of dragons. Though several times larger than a person, they aren’t that much bigger than an elephant. I think keeping them smaller makes sense and works in my story better than making them huge.

Thank you for the interview, Alexia!  You can find out more about Alexia Purdy on her website: http://www.alexiapurdybooks.com/
Posted by AuthorJEJohnson at 9:00 AM 6 comments: