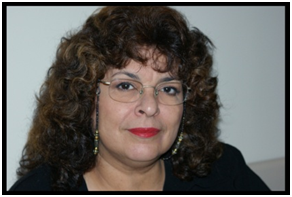 1. Quickly, give us the title and genre of your book and the tagline:

Destiny’s Warriors Pure Evil the third book in the series, is a tale of betrayal and abduction forced by the Lord of Greed. A trek through ancient Persia to rescue loved ones is met with peril at every turn. The heroes encounter slavery, thieving murderous nomads and treacherous terrain as they make their way to Hades then home to the Underworld.

An effort to start anew fails when the Cannibalistic Baalites of Altair make war with murderous vengeful hearts. Magic, myth and mayhem of colossal proportions makes this fantasy-adventure cross genres with pure horror. Will the Baalites take down Hades and the Underworld? Madness takes the mind of man and god as atrocities make blood run cold. Pure Evil is a story like no other, a war like no other as the heroes face horror like no other.

For me, the title of a book is the hardest to create. I never even think of a title until I have finished the book. Giving it much thought I realized my tale was about evil at its worse, thereby my title is Pure Evil.

My favorite character is Finn MacCumhal (Finn McCool) he is a legendary person from ancient Ireland. I found the folklore about him fascinating but in my story, I make him my own character only brushing on his legend. Inspired by Finn, I create his fictional son, Lugh MacCumhal of which I make him an even bigger legend. Lugh is an impulsive man who likes to live on the edge completely ruled by his emotions.

This indeed is a hard question, all my characters even the minor ones are like my children… how can I even think one is less than the other.

I killed a character too soon in the series. Shovar the Lord of Death was something I should have given more thought to before I wrote in his death then published it. As I look back, he was one of my most interesting characters and now I have lost the opportunity to use him in so many ways. 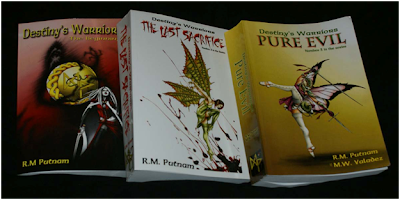 6. Give us an interesting fun fact or a few about your book or series:

The beginnings of a story for me pop up in the most unlikely places. I see or hear something and then go into my, “What if” mode. As for writing fantasy that was a complete accident because, my first love was Science Fiction.

I went back to college when I was 39 years old. That first semester, sitting in my history class the instructor assigned the class to write a paper on an American Holiday, its origin and so forth. Well, it was the first week of October and so I thought of Halloween. Off to the library I went to do research and there I became mesmerized in ancient history, mythology and folklore.

My research took a few weeks as my study into history opened up to Pre-Christian times back to Paganism where Halloween originated. As I read the information about Celtic history and folklore, my “What If” mode went into high gear.

The paper I finally turned in went from fact to fiction. My instructor gave me a C- a passing grade for all the work and effort I put into the paper but told me Halloween is NOT an American Holiday. I should have written about Thanksgiving, Independence day or Veteran’s Day etc. I was disappointed with the grade until he told me that he loved my paper and that I should complete the story for publication. That was all the encouragement I needed as I embarked into writing my fantasy novel that grew into ten books in the series over the following seventeen years.

Obsessed with my story building fermenting in my mind I dedicated every free moment to writing. I was never without my notebook. I wrote my first story “Destiny’s Warriors The Beginning” long hand during fifteen minutes breaks at work and during my lunch hour. Often I would wake up in the middle of the night with an idea and quickly took to writing in my notebook.

Fearing failure and embarrassment for pursuing a dream that might never come true, I became a closet writer keeping my literary ambitions a secret from everyone I knew except my sons. It took many years of constant dedication reading and rereading, revision after revision but I made the dream come true. Never did I imagine I would write fantasy but there you have it. You never know when a story is about to be born or where it will take you and that is the wonderment and joy of being a writer.

One last word, my series is for mature readers due to adult subject matter and violence.

I make Medieval robes and sell them off my website. At first, I fashioned my robes from the ones worn by my characters then went to a more basic style, which helped me to be more productive. Here is a picture of an Indie movie of which I made the robes. Very exciting for me I even got a credit in the movie.

My message to aspiring writers is that you can succeed if you persevere and not let obstacles or rejection affect you. It might take a while but you can do it. I also recommend that you learn every aspect of preparing your novel for publication. Try to get 3 or 4 proofreaders and most important if you can afford it, an editor. If money is a problem, go to your local college and ask an English teacher if she/he can recommend a student to edit your book for a small fee or even for an extra credit grade. Please be sure to give your editor a special note of thanks in your credits. Kindle, Smashwords and CreateSpace has made it easy and fun to publish your books. All you need is a photograph with CreateSpace templates to create a fantastic cover. Google “how to format your book for Kindle, or Smashwords or CreateSpace and save yourself a ton of money. If you can create a story, you can easily learn how to do the formatting for submission. It really is simple and once you have done it, you will see that nothing can stop you from future projects.

Visit my website for autographed copies of my Destiny’s Warriors Series, and as always, I include a DW bookmark with every book. Do you have a costumed event coming up? Browse through my collection of Medieval robes, each custom sized to length. Mention Jenna’s name in your email to me and get a 10% discount.

12. And now, before you go, how about a snippet from your book that is meant to intrigue and tantalize us:


* Warning, Pure Evil is for mature readers due to adult subject matter and extreme violence.*

Ben Kedar Hakeem sat in council with his advisors and exalted wizards. The topic was resources that were quickly diminishing. “We must find a way out of Altair! Surely, there are more openings than what we previously used. Samhain cursed the way out to Persia and the God of Hades sealed the way out to the north and into the Land of Hades. After all these years, I find it astounding that none of you, even with magic cannot find a way out! We have depleted the population by over half! We must have meat . . .  fresh meat! I am tired of feeding on the old to spare the young for breeding. The old are nothing more than shoe leather. The next thing you know I’ll have to order my pets for slaughter!”

Ben Kedar looked down at the one-time warrior who sat naked on his knees like a loyal dog beside his master. Stripped of his dignity and birth name, Ben Kedar called him Marid, which means rebellious. Once a warrior of Hades in high standing, now his spirit broken, he was Ben Kedar’s pet, complete with collar and leash, naked and only allowed to walk on all fours for his master. Nights passed sexually entertaining his master with perversions of the extreme. Ben Kedar stroked Marid’s hair, thinking he might just have to sacrifice his prize pet to the butcher for food. He remembered how long the struggle was to train Marid, who resisted more than most with great rebellion. Now, to have him so well trained it seemed a waste to slaughter him.

Looking around Ben Kedar admired the women chained to the alcoves, naked and posed as part of the decor. His mouth watered at the thought of tasting their blood or savoring the delicious taste of their flesh.

Zafir, a high wizard of Hakeem’s court stepped up and bowed his head as he asked, “My Lord, your permission to speak?”

With a wave of his hand, Ben Kedar gestured for the wizard to continue, “There are many ways out of Altair. However, The Great Samhain did more than curse the land bridge into Persia; he clouded all openings with powerful magic. It took many years to find the opening we previously used, which is now sealed. My lord, we can feed on animals . . .  human flesh is not the only way for us to survive.”

Wide-eyed, Ben Kedar stood up in outrage, “You want me to feed on animals like a common peasant! Are you insane, man? I need human blood . . .  human meat from young women and tender sweet infants . . .  how dare you . . .”

Thank you R.M. for taking part in my Author Spotlight interview! I hope your writing continues to flourish and we hope to see more of you in the future.
*****
If you or an author/illustrator you know is interested in being interviewed, feel free to send me an email at jejoescienne@yahoo.com