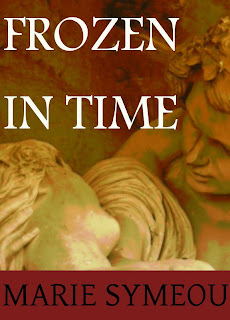 1. Quickly, give us the title and genre of your book and a 30-word or less tagline:
FROZEN IN TIME, historical fantasy/vampire romance
"An engaging vampire story of love, loss, immortality and what constitutes humanity"
2. How did you come up with the title of your book or series?
Well, vampires are frozen in time as they do not age. Also, it relates to something else in the novel I can't reveal because it would be a spoiler.
3. Who is your favorite character from your book and why?
Philip, the main character. He is a complex character and was fun to write. I liked him the more I wrote his story and as I got further into his head.
4. How about your least favorite character?  What makes them less appealing to you?
I don't think I have a least favorite character. They were all fun to write and I believe they are all interesting in their own unique way. Even the villain Scylla. I enjoyed exploring her character and how she came to do the things she does.
5. If you could change ONE thing about your novel, what would it be?
I don't think there's anything I really want to change. I've worked so hard at getting it the best it can be. I'm happy with it.
6. Give us an interesting fun fact or a few about your book or series:
Philip's wife in the novel, Amaranthea, was originally called Amalthea. But then my favorite band Nightwish released a song called Amaranth and everytime I came across Amalthea in my novel as I wrote it, Amaranth kept popping into my head. Then it became Amaranthea. Now, Amaranth comes from the Greek word amarantos, meaning "unwithering" and so it is a flower that never fades, never dies,and symbolizes immortality. Great for a vampire novel, right? In my novel it stands for the soul's immortality as well as eternal love. It's not a new idea, of course. Amaranth has always been used as a symbol of immortality since ancient times. 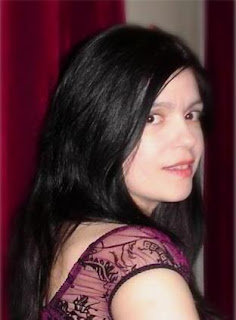