Cover Reveal and Excerpt from The Legend of Oescienne - The Ascending!

COVER REVEAL AND EXCERPT FROM THE LEGEND OF OESCIENNE - THE ASCENDING! 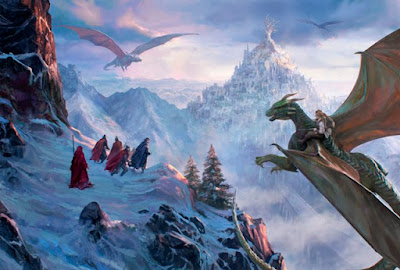 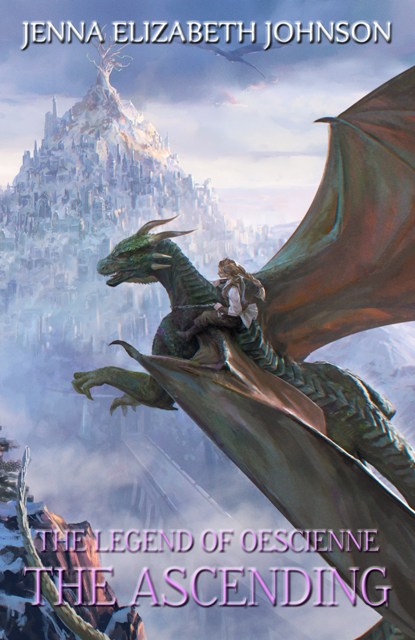 A year has passed since the Tanaan dragon Jaax and his human ward, Jahrra, came to live within the protected boundaries of Lidien, the great City of Light.  But even the safest places in Ethöes can harbor enemies, and one cannot hide from one’s fate forever.
At the onset of yet another departure, Jahrra realizes there is more to this next step in her journey than she previously thought.  With Lidien fading in the distance, she understands she is finally leaving behind not just her friends, but also her childhood and a life once filled with dreams and illusions of safety and love.  The road ahead is perilous, and Jahrra knows she will face many trials before coming to stand before her destiny.  With each passing day, the threat of the Crimson King grows stronger, and Jaax and their allies will need the help of the legendary Creecemind dragons if they wish to overthrow their common enemy.
Before they can present their case before the king of the Creecemind, however, Jahrra and her Tanaan guardian must make a perilous journey north through the mountains, where danger and uncertainty lurks in every crevasse and behind the face of everyone they meet.  Their trust in others must be bartered carefully, for the Tyrant’s influence stretches far and wide.  And even if they do reach Nimbronia, the frozen City in the Clouds, their troubles may not be over.  If the king of the ice dragons cannot be convinced to join their cause, then their fate, and the fate of Ethöes, may very well be sealed in sorrow and defeat.

Sign up to start receiving the first six chapters (Prologue - Chapter 5) of The Legend of Oescienne - The Ascending, leading up to the release date on MAY 20th!
Starting on Saturday, May 14th, you will receive a newsletter containing the Prologue for The Ascending.  The next day you will receive Chapter One and so on and so forth until the release date on Friday, May 20th.

Can't wait until May 14th for a snippet?  Read the Prologue for The Legend of Oescienne - The Ascending now!  Ebook and Paperback editions coming soon!

-Prologue-
The Winds of Change

Posted by AuthorJEJohnson at 9:14 AM