Hello Jenna and thank you for this interview. I will be awarding two people who comment their choice of one of my books.  The choices are, Murder Most Foul, Wicked Intentions, Twisted Love, The Crime of the Century, Flagitious, Loves, Myths, and Monsters, or Poems About Life, Love, and Everything in Between. 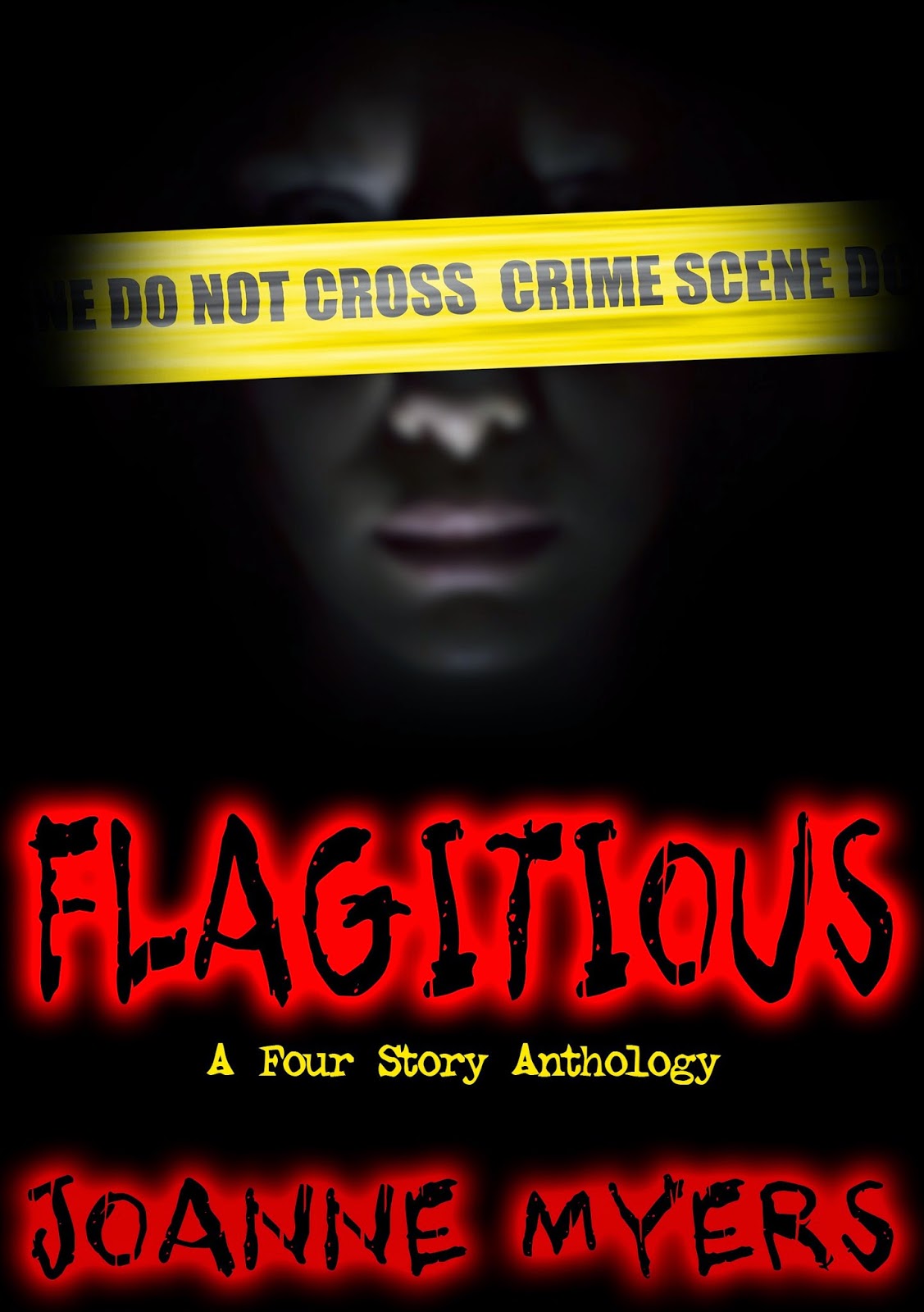 Review: Interesting stories and I have to say I read this book in one hour. I would definitely say Flagitious is filled with suspense, intrigue and violent situations that will keep readers guessing until they turn the last page.

Reviewed by Fran from Manic Readers on January 16, 2015

When did you first have the thought you'd like to write a book?  I have always been able to write. I prefer to write and read action packed books.

What was your path to getting this book written and published? What type of research did you do?  I scoured the Internet seeking a publisher. I really did not want to go the self-publishing route. I also gathered my information for the stories from newspaper clippings, and the Internet.

Where did the idea for your story come from?  These stories are based on true cases.

Did you face any blocks while writing the book, and if so, how did you handle them? If not, what's your secret?  I researched lycanthrope for the story, The Tarot Card Murders, and artificial insemination for “The Other Couple’s Child.”

What did you learn from the writing process? How time consuming writing and self-promoting is. Writing is though, very gratifying.

What are some of your favorite books and why?  I love Black Beauty, and Charlotte’s Web, because they are so enchanting and sad, but have happy endings. I read books by Aphrodite Jones, and Gregg Olsen, because they concern true crime

Would you like to try your hand at writing a different genre?  Which one and why?  I started a children’s book many years ago, but never finished it. I would like to return to that genre.

If you were not a writer, what would your dream job be?  I had many dreams while growing up. I wanted to be a stewardess and fly to exotic places. I wanted to be a jockey because of my love of horses. But I think I would have studied art more aggressively, and been a canvas painter.

What aspect of writing gives you the most trouble?  When to end the story. It

Who is your favorite hero/heroine?  That is easy, James Bond. Who doesn’t love a brave, handsome and daring man. 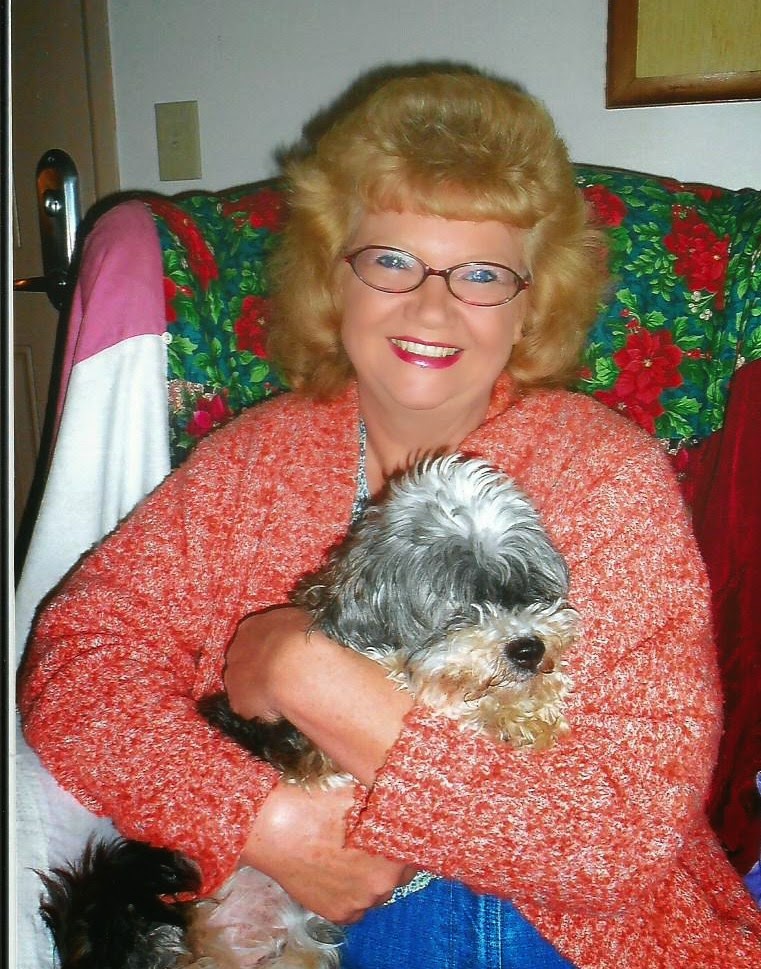 “Too Solve His Mother’s Murder”

After his Air Force career was interrupted by his mother’s untimely murder, Steven Moore, returned home. Met with a cold reception of lies, secrets, and threats, he is determined too find Wanda’s killer, even at the cost of his own life.  Was Wanda a victim of the legendary Hatchet Man? Was this loving and devoted mother killed because of her shady past, or for her inheritance?  Between finding the truth and falling in love, Steven stops at nothing, too solve his mother’s murder.

“The Other Couple’s Child”

Charlotte had it all. A loving and devoted husband. Supportive family and friends, and a house full of beautiful children. Everything was perfect for this Super Mom, until a medical procedure turns her life upside down, and spirals into a child abduction case. Time is running out. Will police arrive in time to save Charlotte and the other couple’s child?

Katherine Sims, a young widow working for a brokerage firm in a small southeastern town, is tired of the excuses concerning Charlie’s absence. She knows something terrible must have happened to her favorite nephew with the sad blue-eyes. After exposing the killer, Katherine’s life is turned upside down and she finds herself fighting for her life. Filled with maniacal suspects, a Satanic Cult, and danger around each corner, this story depicts one woman’s courage too avenge a child’s murder, while finding unexpected love.

New Detective, and ex-navel man, twenty-six-year-old Nick Difozzio, returns to his small county determined too abolish crime. Not until death knocked on his door, did he know the face of evil. Will the decorated veteran destroy the Lycanthropes, or will he succumb to their murderess desires and become one of them? He took an oath too protect, honor, and uphold the law, but can he defy the lust, riches, and power offered, or are the ‘dark forces’ stronger than his will?

Hearing the verdict, prisoner Jessie Ellis went berserk. Whipping out a pistol previously concealed under the defense table by a friend.
The small sand-haired man with dark eyes, jumped to his feet. Firing two warning shots into the ceiling of the century-old building, with his free hand, Ellis seized his defense attorney, Yolanda Stamen, for a human shield.
"AHHHHH!" a woman screamed from the gallery, and fainted.
"Get back! I ain't goin' to no prison," the thirty-eight-year-old father of eight shouted, pressing his weapon tightly to his attorney's head. "I'll kill her . . . right here and now . . . I mean it."
Immediately, the courtroom went wild. Jurors and spectators alike ran from the gun-wielding, just-convicted baby killer.
Ignoring her pleas, Jessie shoved his hostage ahead of him down the hallway. In the lobby, again surrounded by officers, Jessie shouted, "You bastards! I'm not kiddin'." He waved his gun at the mob. "I'll blow this bitch away. I want that cop car and I want it now."
Shaking his head, the tall slender green-eyed prosecutor said, "Jessie, you'll never get away with it. You have no escape. Don't make them kill you. Hand over your gun." Despite Greg Langdon's brave words, his shaking outstretched hand revealed his inner fears.
Ignoring every warning and still clutching his attorney, Jessie slid his way through to the front door. Once outside, he found more lawmen waiting, guns fixed.

JoAnne has been a long-time resident of southeastern Ohio, and worked in the blue-collar industry most of her life. Besides having seven novels under her belt, JoAnne canvas paints. When not busy with hobbies or working outside the home, JoAnne spends time with relatives, and volunteers her time within the community.

Other books by JoAnne:

"WICKED INTENTIONS" a paranormal/mystery anthology
"LOVES', MYTHS' AND MONSTERS'," a fantasy anthology
"THE CRIME OF THE CENTURY," a biography true-crime
“POEMS ABOUT LIFE, LOVE, AND EVERYTHING IN BETWEEN”
"TWISTED LOVE," a true-crime anthology
“MURDER MOST FOUL,” a detective/mystery

*****
Thank you, JoAnne, for visiting my blog and sharing your work with us!  I wish you all the best luck for your future endeavors.  Readers: don't forget to comment for your chance to win one of JoAnne's books!
-J.E. Johnson

Posted by AuthorJEJohnson at 10:34 AM