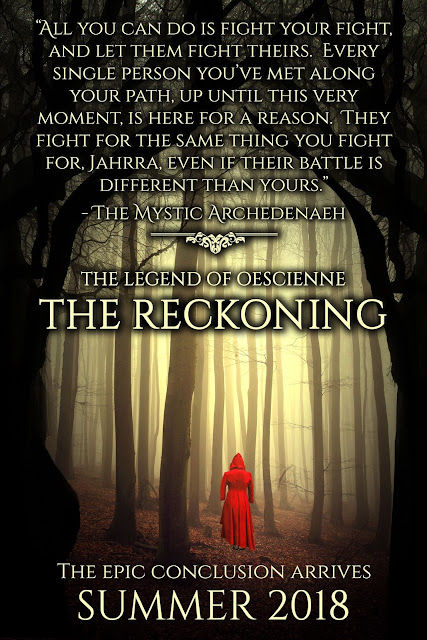 The familiar creak of a bowstring being drawn taut was the only warning that she was no longer alone.  Instantly, her every movement stilled, the hands pushing aside the leaf litter below halting to a stop.  Even her slow breaths came to a standstill as her heart pounded against her ribcage.  How had she been so easily caught off guard?  Her magic was unfurled, giving her input from at least a half mile in every direction, aided by the powerful mage diamond tucked into one of the hidden pockets of her bodice.  Yet, somehow this person had gotten the better of her.  So Denaeh waited, her heart pounding in her ears, as the archer made up his or her mind whether or not to let their deadly arrow fly.
~~~
Look for more snippets and quotes in the coming weeks and months on my Facebook page!
Posted by AuthorJEJohnson at 9:58 AM