Sketchings for The Finding 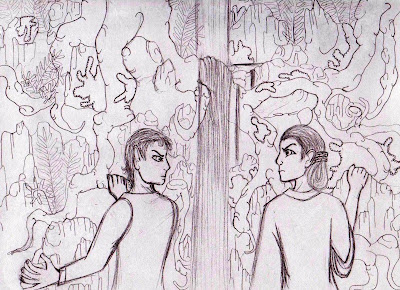 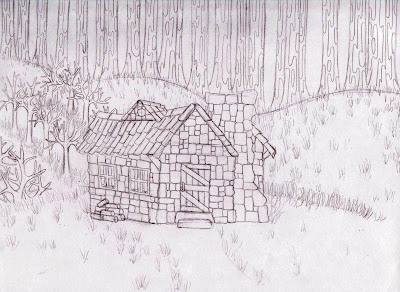 Several months ago my cousin emailed me with the suggestion that I provide chapter illustrations for The Finding. I thought it was a great idea, and so I began the long process of creating the perfect image for each chapter. Although these illustrations are not in the current edition of the first book in the Oescienne series, they'll be available here for view and also on The Legend of Oescienne fan page on facebook.
For now, I've only found time to get the sketchings done. When I've had a chance to color them in, I'll post those as well. When I'm finished with book one, I'll get to work on book two. Even if they never make it into the books, I like the idea of having them available for the readers to get a visual of my world.
The first sketch is that of Jahrra and her arch enemy, Eydeth, just as they are about to climb up a canyon wall in a race. The second sketch is that of Jahrra's cabin when she first came to Oescienne.
Posted by Jenna Elizabeth Johnson at 10:32 PM